A self-confessed music obsessive, Mike has worked in music publishing since the 1980’s. Initially a wannabe songwriter, he quickly recognised the superior talents of others and joined the ‘other side’. He has a passion for publishing, unusually combining a flare for copyright, contracts and administration (from an early legal training) with a strong love of the creative side of music (the wannabe refuses to die).

After managing bands and running a recording studio plus a publishing company and associated label, Mike eventually joined the BBC in the early 90’s, becoming Head of Music Copyright, and then Head of Music Publishing. He was appointed to set up and run the BBC’s first ever music publishing division within its commercial arm BBC Worldwide. The experiment worked, and by the time Mike left in 2005 the business had a multi-million pound turnover, had won industry awards including two Ivor Novello’s and built an international presence with its own major catalogue.

“I learned a great deal at the Beeb” says Mike “mainly that the craft of writing for picture is very specialised. Everyone thinks of major hit songs in publishing, but give me composed music within episodes of the Teletubbies every time! The value of music in TV programmes that sell around the world can be extraordinary, and I admire enormously the skill of composers who work within this genre”.

After the BBC, Mike moved on to a freelance career as an independent music publishing consultant, working with TV Productions companies and with individual composers alike. He set up a music publishing business for The Prince’s Trust – a first within the Charity world – whereby composers retained their royalty share as normal, but the ‘publisher share” went to The Trust instead of to commercial companies and shareholders. For the last fifteen years he has managed Northdog Music Publishing, and seen the catalogue grow to include original soundtracks from film and TV around the world.

“Working with Northdog Music is one of the best things I’ve done” adds Mike “the future is extremely exciting”. 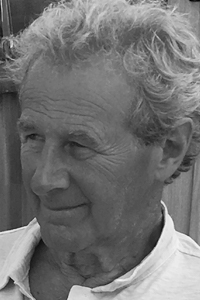