In a 30-year career in motion picture music production and supervision, Grammy Award winning Producer Steve McLaughlin has produced, recorded and mixed the scores for over 190 major feature films, including the “Die Hard” series, the “Lethal Weapon” series, and the Academy Award-nominated scores for “Interview With The Vampire” and “Michael Collins”.

A specialist in helping composers who are new to the film scoring genre and adapting rock music into underscore, Steve was the architect and producer of Badly Drawn Boy’s highly regarded score for Chris and Paul Weitz’s “About A Boy”.

For over 15 years, Steve was the producer of the respected film composer Michael Kamen. Steve produced, with the composer, Kamen’s score for “Robin Hood, Prince of Thieves”, the soundtrack album of which went on to sell over 3.5 million copies.

Steve won a Grammy in 1996 for his recording work on Tom Petty’s “Wildflowers” album. He produced the hit single “It’s Probably Me” for Sting. Steve has two “Golden Reel” awards for best mixer, and four further “Golden Reel” nominations.

Recent notable work includes The Impossible, Ashes, Ralph Fiennes’ “Coriolanus”, and a further collaboration with Badly Drawn Boy on the score for “Being Flynn”, directed by Paul Weitz and starring Robert de Niro and Julianne Moore. 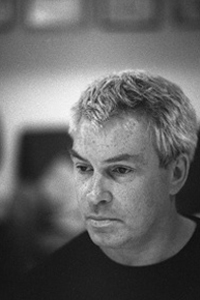